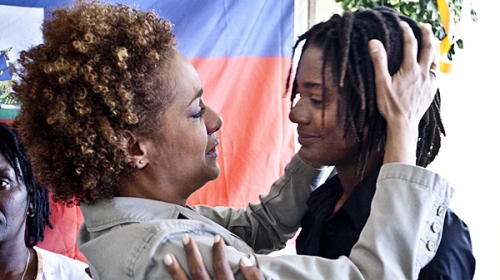 Governor General of Canada, Michaelle Jean, hugs Maile Alphonse, March 9th 2010 in Jacmel, Haiti. Alphonse lost her mother Magali in the earthquake who was the godmother of Jean’s daughter Marie-Eden. (Paul Chiasson / THE CANADIAN PRESS)
Disclaimer: This post presents an overview of what I know in 500 words or less. I do not pretend to be an expert! I mostly use present-day place names. Corrections welcomed. 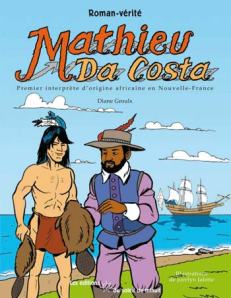 Mathieu Da Costa was the first black person known to set foot in what is now Canada, probably sometime before 1603 with Portuguese explorers. He was from the Benin Empire (Nigeria) and could speak Edo, Portuguese, Dutch, English, French, pidgin Basque and Eastern Algonquin. He later served as an interpreter for Champlain and other French explorers.
Unlike the Caribbean and America, slavery was never big in Canada. Instead:
Blacks came to Canada in four main waves: 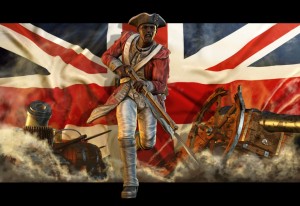 1. Black Loyalists (1780s, 1810s): The British promised “Liberty to Slaves” and land too for those who joined their ranks in the American Revolution and the War of 1812. Many were settled in Canada, particularly in Nova Scotia and Ontario.
Those that settled in Nova Scotia after the American Revolution did not get their promised land. Half were later resettled in Sierra Leone in West Africa. 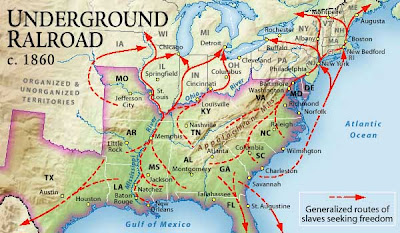 2. Underground Railroad (mostly 1840s-1850s) was a secret network of safe houses that stretched from the American slave South all the way to Canada. American slaves sang about the freedom train and talked about crossing the Jordan River. Whites thought they were talking about going to heaven, not Canada! The “Jordan River” was the Detroit River at the Canadian border.
The great thing about Canada was that it had outlawed slavery in 1833. Even free blacks were safer there than in America, especially after Americans passed the Fugitive Slave Act of 1850.
Most escaped slaves settled in Ontario between Detroit and Toronto. Contrary to stereotype, they seemed intelligent and placed a high value on education. Some White Canadians were racist, leading to segregated schools, but overall they were less racist than White Americans, even those in the North.
Some blacks later returned to America, some mixed with White Canadians and some are still there today as Black Canadians. 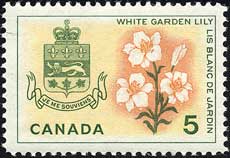 3. The Lily White Canada Policy (c. 1896-1962) was never called that, but from letters between government officials we know there was an unwritten rule to keep blacks out by hook or crook. From 1896 to 1907 Canada let in 1.3 million Europeans and Americans, but fewer than 900 blacks! Not a wave but a trickle. 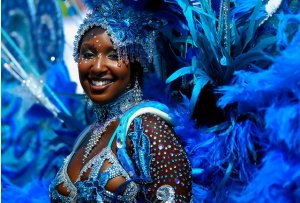 Caribana festival in Toronto, 2011
4. Caribbean immigration (1960s to present). Two-thirds of Black Canadians have their roots in the Caribbean. Gloria Reuben and Malcolm Gladwell, for example, have Jamaican mothers. Singers Deborah Cox and Melanie Fiona have Guyanese parents. Michaelle Jean, the Governor General from 2005 to 2010, was born in Haiti. Jamaicans mainly settle in English-speaking Ontario, especially in metropolitan Toronto. Haitians mainly settle in French-speaking Quebec.
Canada in 2011:
Compare America (2010):
The Black Canadian unemployment rate is high compared to whites, even for those with university degrees, but the difference is not as bad as it is in America.
Nova Scotia’s anti-black racism is so bad that it has been called the Mississippi of the North. They still had racially segregated schools as late as the 1980s. But that still puts it ahead of America, where schools are resegregating.
Thanks to Herneith for her help with this post. All mistakes are mine!
Sources: Black History Canada, Learn Quebec: How they kept Canada almost lily white, The Root (2011), Wikipedia (2014).
See also: